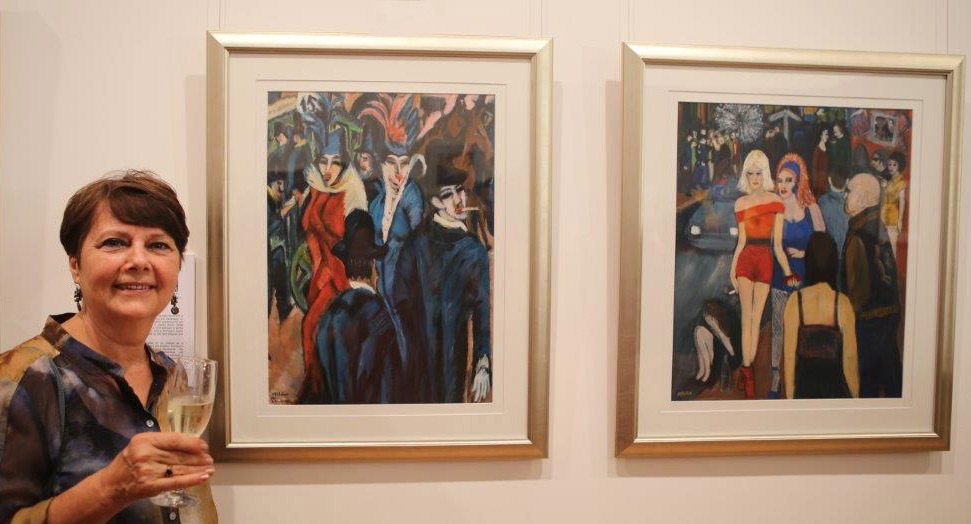 Born in Tientsin, China in 1945 of Russian/Italian parentage, Maria migrated to Australia in 1950 following the Chinese Communist Revolution. As a child, Maria did not study art, but was very aware of stories of her maternal grandfather, who had been an artist. As a teen, she often drew caricature-like sketches of people.

About five years prior to retirement from her 35 year career as a psychologist, Maria began to pursue her interest in drawing and painting, initially via Adult Education classes and short workshops. On retirement, Maria enrolled in Fine Arts at TAFE for two years full time, where she completed Certificates 3 and 4.

Maria’s art practice has gone through many stages and is still evolving. Her favourite artworks are those that tell a narrative story and involve people. Maria states she feels strongly about the subject of her artwork, and an observation of her work over time will indicate that this is ever changing. You will see an interest in the human figure and portraiture, figures at work and play. There is an interest in human emotion as well as the environment. During lockdown, Maria was drawn to painting colourful floral paintings which gave her joy.